This is the third update of my 2-week trip to the Abhayagiri monastery.

The monks who live at the monastery at Abhayagiri practice what is known as the Thai Forest Tradition of Buddhist monasticism. Thus, a remote forest (or jungle) in which to dwell alone is a very important part of a monk's training. 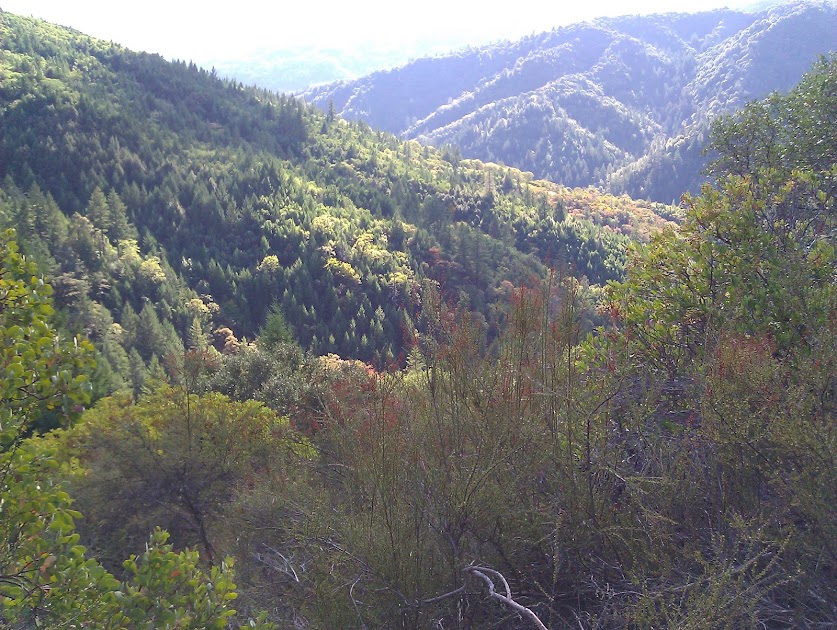 To accommodate this, Abhayagiri includes 280 acres of land, most of which is very steep and hilly. If you're not in reasonably in shape, spending a week or so will get you there pretty quickly! 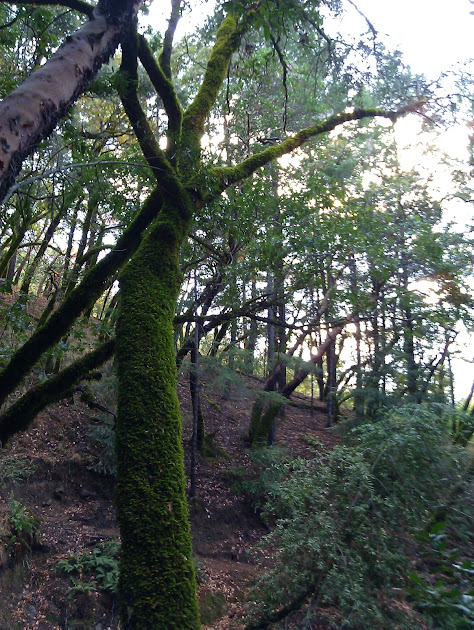 From what I understand, the monks (and guests) live in fairly isolate kutis (dwellings) that are mostly isolated from one another. 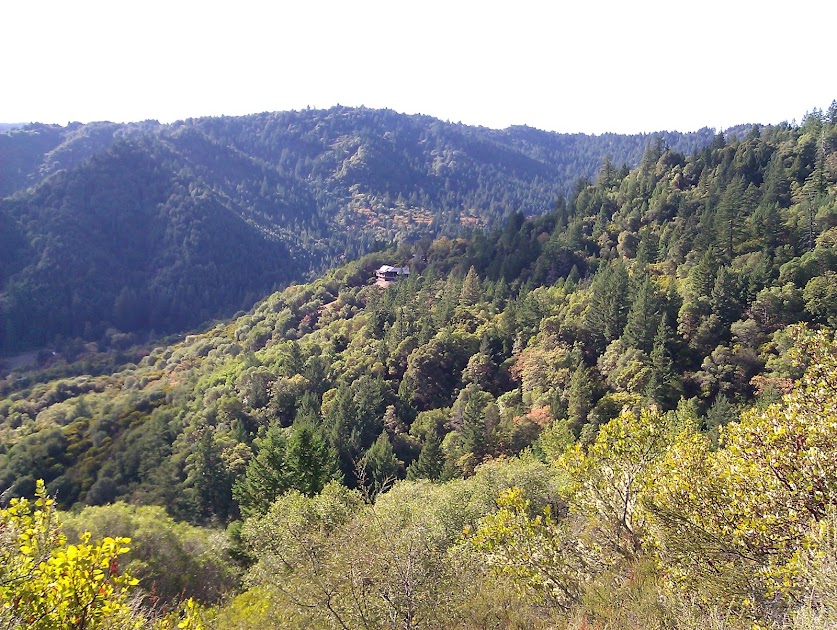 Most of the dwellings are small and simple which allow for an ease and simplicity. (The bigger the dwelling, the more cleaning and upkeep you have to do!)

Well maintained paths cut through the forest to give access to the different dwellings on the land. (Unlike what's depicited below, a large percentage of the paths are steps because the terrain is so steep.) 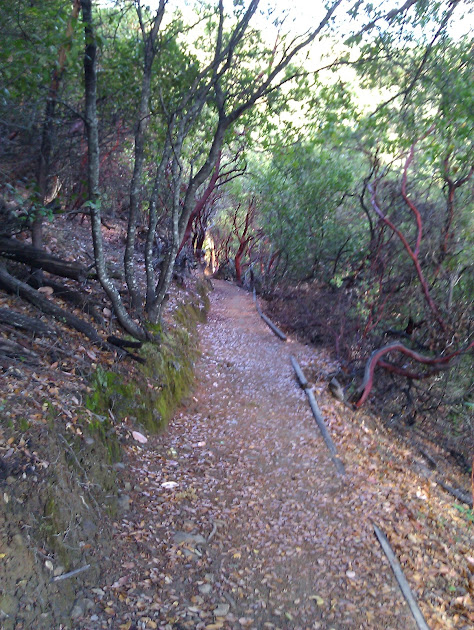 A good chunk of work I did while up at Abhayagiri was helping clear the paths of encroaching tree branches or clearing leaves that are piling up besides the roads (that stop-up draining during rains).

The main hall and kitchen are located at the bottom edge of the monastery near the entrance. This is where most of the non-monk specific community functions are held.

There is also a few, remote meeting places just for monks, including a sauna!

There is a loop trail that goes around the monastery property which takes about a 60-90 minutes to complete. I found a couple graves along the way, including one of Henry Denison, or Ruth Denison's husband. 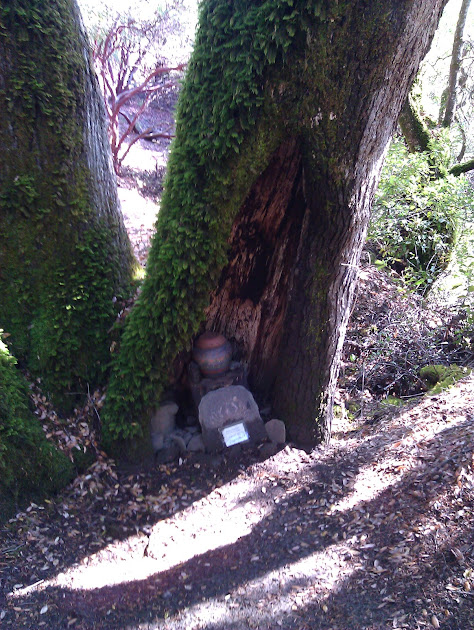 I first learned meditation many years ago through a 10-day course one of S.N. Goenka's meditation centers in California, and Goenka and Ruth had the same teacher. Small world!

In the next post, I'll write about my work and practice experiences at the monastery.
Posted by Unknown at 8:22 AM