At the start of November, I left Abhayagiri and headed to Los Angeles to stay with my mother. Earlier in the year, my father, her husband, passed away. So, it made sense for me to spend some extended time with my mother. After all, I had no (paid) work, and my plans for staying longer at Abhayagiri didn't turn out as expected.

I spent most of my time helping her out with the variety of bureaucratic paperwork, the kind that needs to be handled after somebody dies. Letters, phone calls, death certificates, beneficiary forms, etc. It's surprisingly detailed and onerous. So, if it's possible, try not to die – it makes like really complicated for your loved ones!

Sometimes our conversations were about my experiences at Abhayagiri. Sometimes, it was about my interests in potentially becoming a monastic. She seemed curious about the whole affair. (I'll put aside her opinions about it.) After a while, she inquired if she could see a monastery herself. "When can I go see it" she asked of me. So I said, "well, you have the time, let's go visit." She agreed. So, a couple weeks ago, we packed up a few belongings and started a road trip up through California. 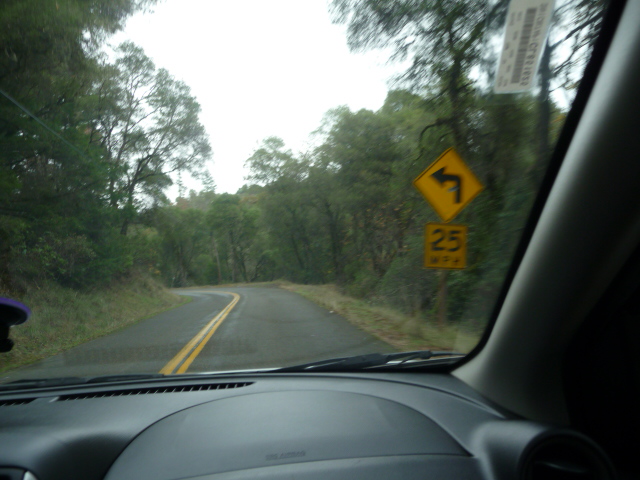 We first stopped in San Luis Obispo to see my younger sister. She has a new a home that she has been remodeling with her new husband. After our stay in San Luis Obispo, we traveled up to Santa Cruz to visit my old friend from college named Jeff. Jeff was one of the people who introduced to meditation and the Buddha's teachings many years ago. I also was interested in visiting Santa Cruz, as I never had done so before. It held a certain mystique in mind given the descriptions given to it by other friends. I wish I could say the mystique was confirmed or I was disappointed, but alas, I didn't get enough time in town to really say one way or the other. But I must, the nearby college campus was indeed beautiful. 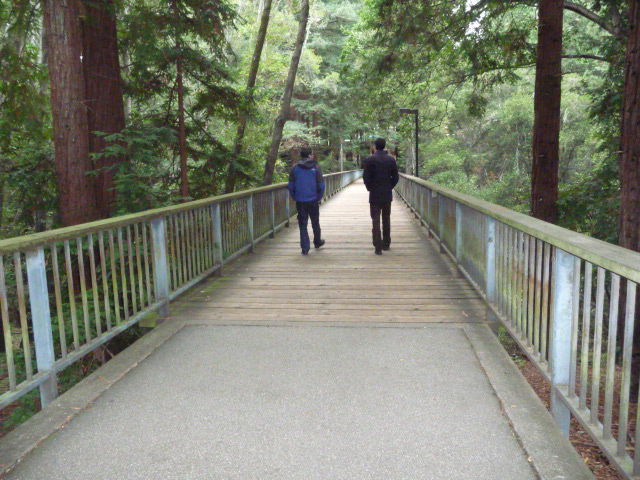 After our stay in Santa Cruz, we drove past San Francisco and briefly stopped in San Rafael to pick up a few Arizmendi half-baked pizzas as a food offering for the next day. We spent the night in Geyserville and then, the next morning, we drove through various roads (including some more rural, windy ones my that concerned my mother), before arriving at Abhayagiri.

We got there in time to help prepare the meal as well as take part in the meal ceremony. There was an additional ceremony as Ajahn Passano (the abbot) was leaving for a month and Ajahn Yatiko was taking over in his absence. After the meal, my mother and I helped with the clean up and then went out for a walk around the monastery. 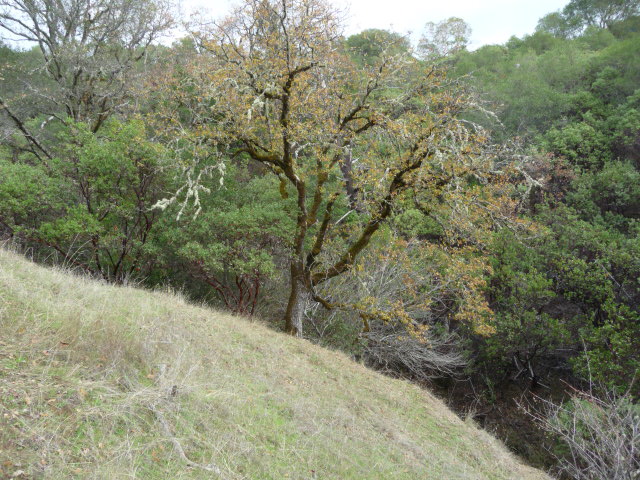 We got a chance to talk with Ajahn Passano before we set out. My mother was curious about where he came from (a small town in Canada), how he got into Buddhism (developed the interest in college) and what his mother felt about it (she supports him and visits the monastery from time to time). Afterwards I found out that my mother actually had no idea he was the abbot and thought he was just another monk (perhaps because he was not wearing anything special like a crown or special robe)!

My mother and I got a chance to walk around the monastery a bit, but because it her age and the very hilly nature of the forest, we had to end the exploration after an hour. She did get to see a deer, which surprisingly, was the first time she ever saw one. We headed back and my Mom got a chance to talk with a couple of the lay visitors about life at the monastery while we rested up. After leaving Abayaghiri, we visited the City of 10,000 Buddhas just outside of Ukiah based on the recommendation of one of the lay visitors. There is an interesting history between the two places. Master Hsaun Hua, the founder of the city, gave Abhayagiri the first plot of land shortly before he died. It was a really fascinating place, having primary and secondary schools for children, a farm for growing food, a restaurant to raise money and a temple with 10,000 Buddhas (no kidding). My mother wasn't too interested in this stuff and was much more interested in the peacocks that made their home on the grass (as well the roads). 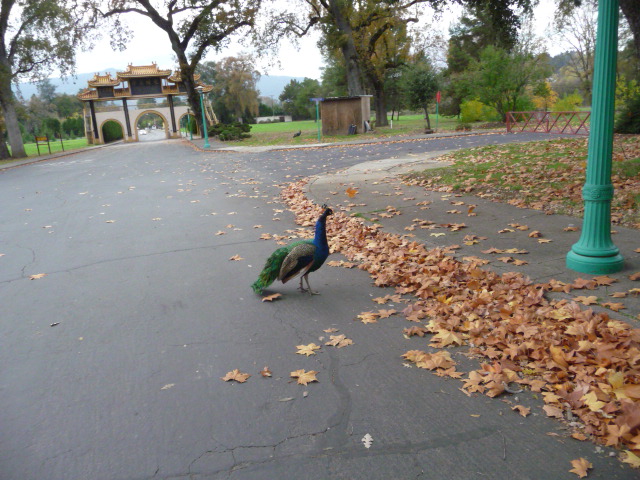 We spent the next day in Berkeley, the town that holds the university where I did my undergraduate studies. We ate at Chez Panisse with a long-time roommate named Randall and poked around a few places in town (northside and downtown area). The following day I drove her to the airport for her to go back home while I stuck around the East Bay to see a few friends and get a little vacation for myself.

Now, a little more rested, I'm back in Los Angeles staying with my mother to stay until the end of December. The holidays are coming up, and I'll be helping my Mom with the remainder of the paperwork and a bunch of things. Decorations, trees, shopping, the list is endless. It seems that there is no end of things to do, that things are never really done. This is, of course, until we say things are, in fact, done.
Posted by Unknown at 10:19 PM